E-Fatbikes: Lets find the best bike for you

Haibike, Fantic and co.: these are the top manufacturers who combine the usual fatbikes with their strikingly large tyres with e-bike technology. Fatbikes are bikes offering absolute fun and pleasure. The balloon tyres compensate for almost every surface, no matter how bumpy it is. More grip on mud, sand or snow are only pleasant side effects of the smooth riding sensation.

The reason for this is not only the size of the tyres (3.5 inches to just under 5 inches) but also the very low pressure in the tyres: from an incredibly low 0.2 bar. What applies here is that the coarser the surface, the lower the tyre pressure should be.

E-fatbikes are perfect for all cruisers and connoisseurs who are looking for that extra-special e-bike feeling. The only thing to keep in mind is that e-fatbikes are no lightweights. But: the e-bike or rather its electric drive unit ideally compensates for the greater weight. The best of both worlds! Read More 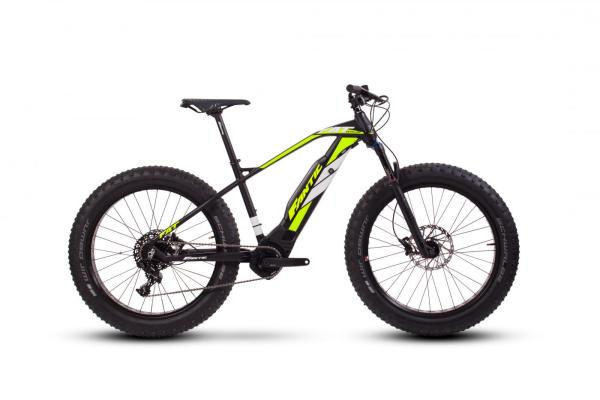 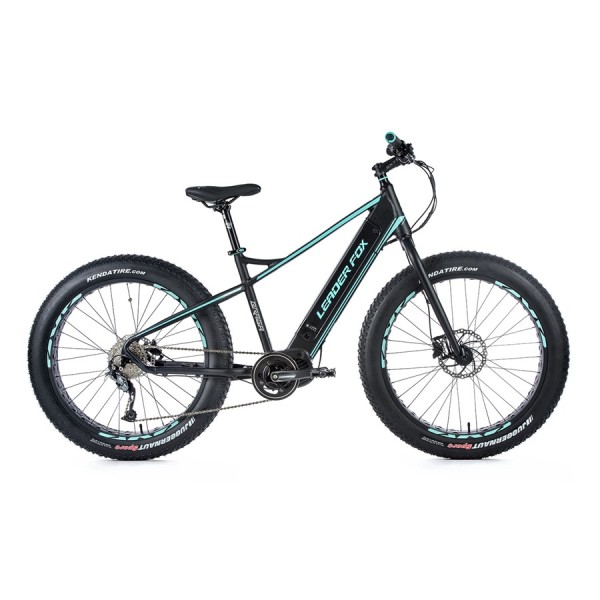 Cycling in winter is only a good idea in cities, where the snow quickly turns into slush and you only risk at worst slipping on the slush, but otherwise you make good time. Well, that’s bad thinking. Although snowy roads are not necessarily the most common application of the latest mountain bike innovation, they are nevertheless one of the most remarkable.

Fatbikes are themselves one of the latest newcomers to the mountain bike market. Thanks to their thick tyres, they don’t really care what the surface is like; they simply roll over everything. Rocks, asphalt, forest trails, roots, snow. Electronics came along as a second innovation. Bikes were equipped with drives and suddenly it was possible to ride uphill more easily and still have all one’s strength for the downhill run.

Peculiarities of the fatbike: the tyres

Whether electronic or not, all fatbikes have one thing in common: tyres that are so wide that you would think that they belong to a small tractor. With a width range of 3,5 to 4,8 inches, they were originally developed to ensure better propulsion and headway on snow, sand and mud. Furthermore, such thick tyres usually have a remarkable roll-over behavioural pattern which is why they are used today for far more varied types of terrain than originally intended.

Furthermore, the e-fatbike suspension is quite unusual: while other MTBs are double shock-absorbed by springs on the frame, many e-fatbike models can do without it. The tyres do the same job. They are only inflated to a low air pressure and they thus absorb shocks just as well as the 80-200 mm deep suspension springs of other MTBs.

Careful consideration required: 26 inches or 29 inches (should maybe be 27.5?)

Interestingly, there is one thing about fatbikes that is not necessarily fat: the wheels. Most fatbike wheels have a diameter of "only" 26 inches, quite often 27.5 inches as well, because taken together with the thick tyres they still result in a considerable overall diameter. 29-inch wheels are not to be found.

E-mountain bike tradition also applies here: the priority is power. In this respect, nobody is satisfied with less than 400 Wh. Furthermore, an engine that is intended for use on mountain trails needs a high torque, around 75 Nm (Newton meters). The motor must respond with sensitivity to the pedalling power output.

Furthermore, mid-mounted engines are strongly recommended for fatbikes (more strongly than for other e-bikes at least). Rear motors shift the centre of gravity too much and the energy in revolutions is not transferred as smoothly as with motors near the pedals. Mid-mounted engines, on the other hand, have the appeal of a more suitable weight distribution, which stabilises the balance and is therefore particularly advantageous on rough terrain.

Which frame should it be for the e-fatbike?

When it comes to the frame material for mountain bikes and fatbikes, opinions hardly differ. Most frames are made of aluminium, because it provides both lightness and stability at the same time. A carbon frame is slightly lighter and is therefore often used to counter-balance the weight of the electronics. Even titanium is used now and again for bike frames. However, this is fairly rare because the material is extremely expensive, effectively driving up the price of the e-bike.

Design: not only the tyres are wider on the fatbike

The extra width of the tyres must somehow fit into the fork. Fatbike forks have to be up to 190 mm wide sometimes. The hubs and cranks are also oversized, which of course affects the rider's leg position, which may at first feel somewhat unusual and consequently ungainly. To balance the centre of gravity, the frame geometry is adapted to the tyres.

The suspension is in the tyres

With e-fatbikes it is customary to use rigid forks in the frame. There is no suspension at either the front or the rear. From time to time you come across fat bikes with fork suspension on the front wheel. Fullys (i.e. full suspension bikes with double suspension) are hardly ever seen.

This is due to the fact that the wide tyres are so shock-absorbent that an additional device would only be a distraction. Moreover, the air pressure in the tyres is lower, which further increases the shock-absorbing effect. The lower tyre pressure allows the rubber to move snuggly over the ground and any unevenness is not transmitted onward at all.

E-fatbike prices: rather up than down

If you want to buy an e-fatbike, you shouldn't let the price put you off. To fork out EUR 4.000,- for one really shouldn't shock anyone too much, because the additional technology (for the fatbike and electronics) requires a lot of effort from the manufacturers. If it really must be a brand-new bike, our advice is to be ready to pay the price, because otherwise the quality will quickly suffer. If you run out of battery power due to a lack of capacity in the middle of an ascent, you will soon lose any pleasure you had in cycling.

You benefit from both a fair price and good quality in our Greenstorm marketplace. We and our partner dealers have the best deal for you, so you can find your new favourite and ride over the trails on a high-quality e-fatbike as if you were on a cloud.