E-Bikes City: Lets find the best bike for you

E-city bike: riding through town with power and elegance

At Greenstorm.eu you will find e-city bikes from well-known, established manufacturers such as KTM, Raleigh, Bergamont, Sinus and Corratec. Our e-city bikes are the ideal means of transportation in an urban environment to get quickly and comfortably to the office, university or library or to go shopping. Our bikes stand out due to the ease of mounting and dismounting, superior ergonomics, quiet running and full city bike equipment with a luggage rack and a holder for shopping bags, hanbags and work bags.

Getting around in the city faster, more sustainably and more effectively than with a modern e-city bike is virtually impossible. Read More 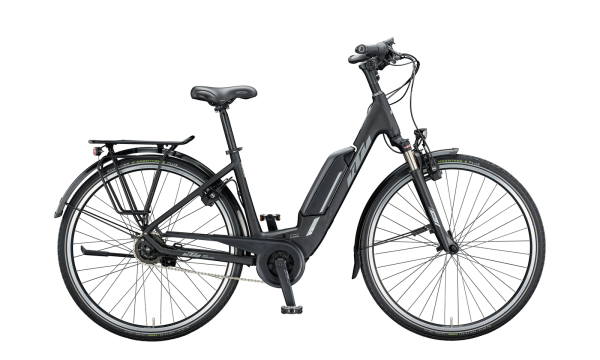 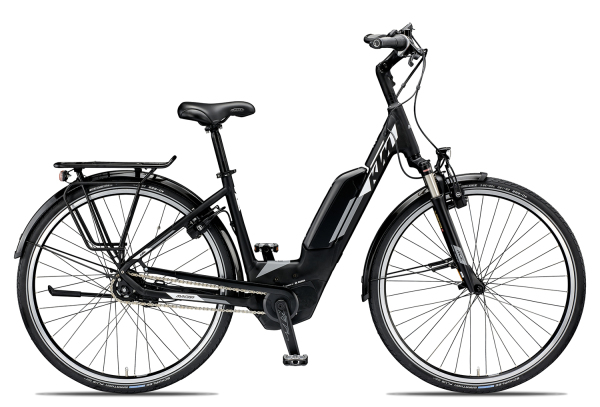 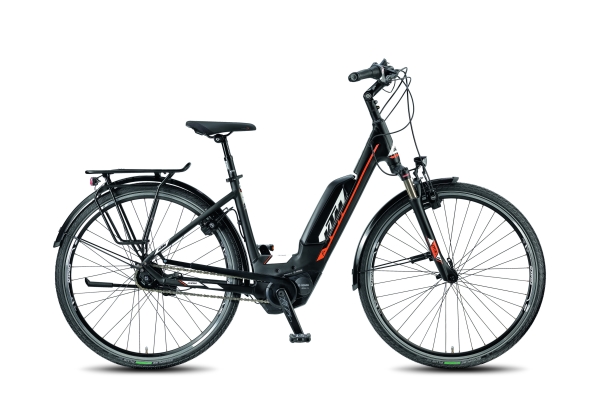 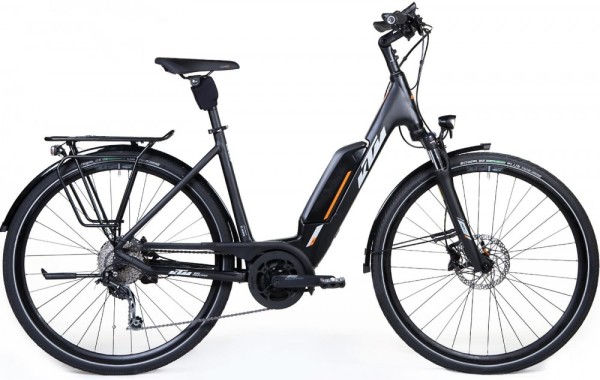 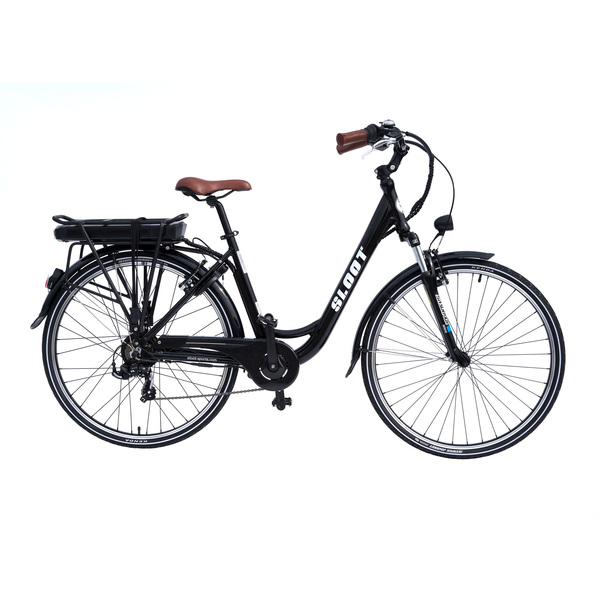 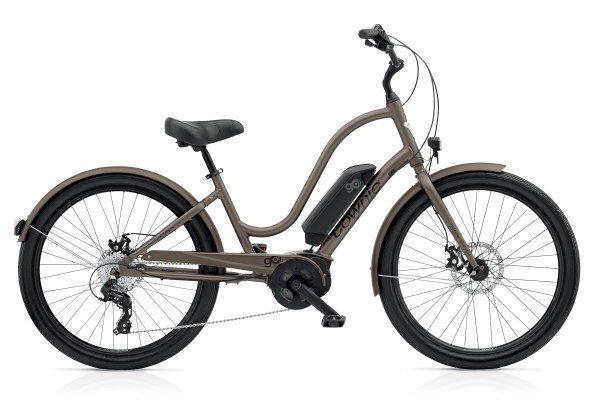 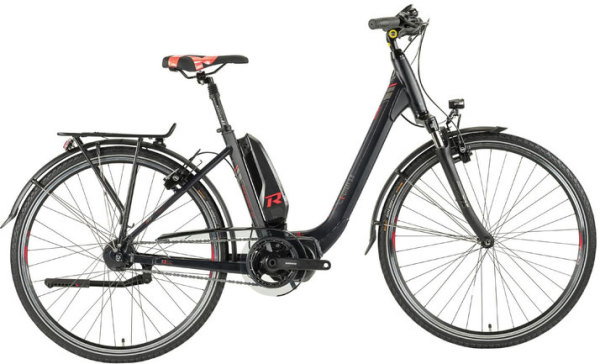 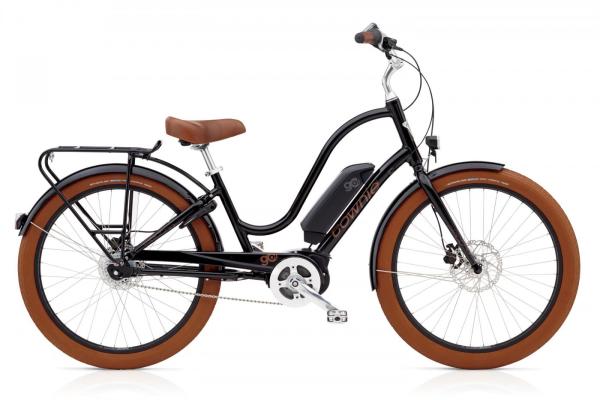 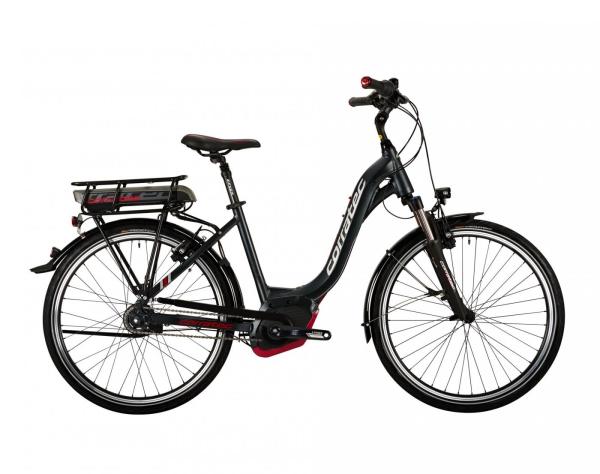 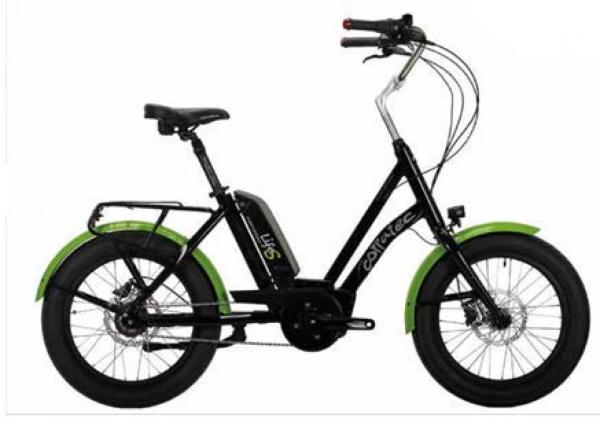 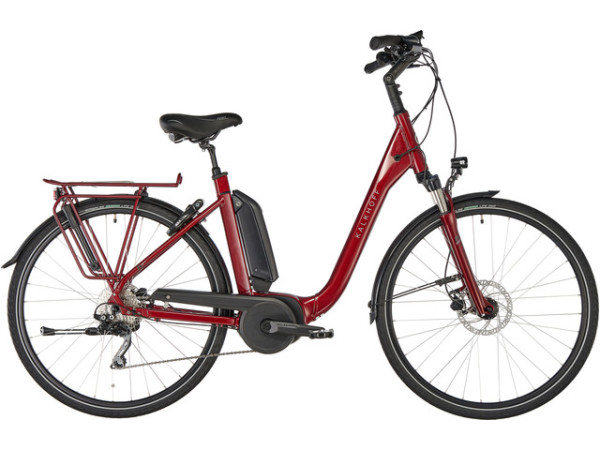 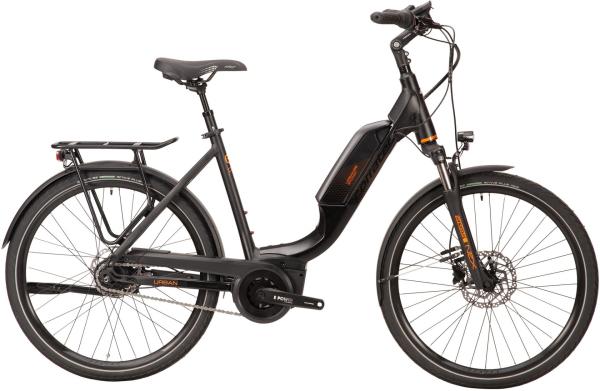 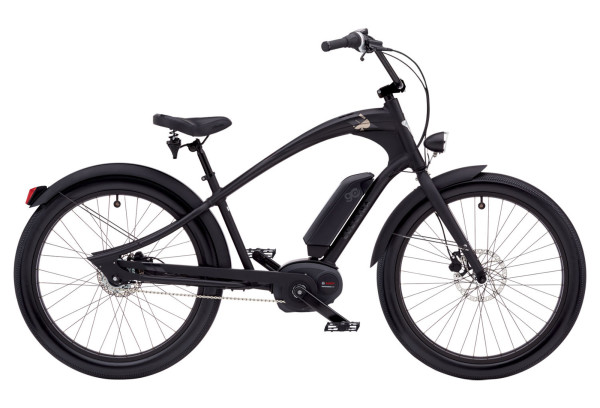 A city bike can actually be regarded as an upgrade to an ordinary bicycle, which at the same time is a replacement for a second car or a car at all. It is therefore or nevertheless more than a compromise between bicycle and car. It is, so to speak, more than the sum of the two. An e-city bike combines to a large extent the positive features of both and that makes it rather the best means of transportation in urban areas.

What kind of e-city bike should it be?

On a city bike you usually sit upright so that you can see the traffic and you have enough possibilities to stow shopping or bags. In addition, the urban all-rounders usually have a deep entrance, i.e. the frame bar is curved downwards, so that you don't have to do any cumbersome stunts when getting on your bike, even with bulky work clothes.

Those who prefer design and a casual urban lifestyle may be better off with a different frame: an informal, curved aluminium frame attracts lots of attention. You don't 'ride' your bike anymore - you cruise. Of course, there are also city bikes with a raised frame bar, similar to a trekking bike.

The features of an e-city bike: How to find the right city bike

We have already briefly discussed the various frames of city bikes in general. But there is much more to know and, what’s more, a bike fortunately does not only consist of the frame. In the following you will discover everything there is to an e-city bike and what purpose it serves.

The frame as a central static unit

Along with the battery and motor, the frame is actually the heart of the e-bike. It holds everything together and is responsible for the stability of the entire bike and, depending on the shape of the frame, can be adapted to suit the conditions and the ground. As already mentioned, a frame with a low entrance is best suited for the city - easy to get on and off and manoeuvrable enough for the cycle paths. It is the basic frame shape for the archetypal modern e-city bike.

For travelling to work, or even to an evening event, the bike becomes a legitimate means of transport thanks to the monotube frame made of aluminium, because on these occasions you should arrive the way you started out. Plus, you don’t start sweating so quickly thanks to the electric motor.

The frame is fitted with luggage racks and mudguards. The former is particularly important if you want to use the bike as a substitute for a car in the city. A large luggage carrier, preferably with a basket, is a must for shopping. One could also consider buying a bicycle trailer. It almost pulls itself along with the help of the motor and battery.

The mounted mudguards offer the necessary splash protection against dirt on the road, rainwater or small stones on the roadway, so that your jacket or coat stays clean.

As most cities are usually quite flat, you don't need a huge choice of gears, especially in the case of an e-bike. Shimano 8-speed hub gears are more than sufficient to get you anywhere. This is above all due to the electrics, because you don't have to reach the speed you need to change up a gear by muscle power alone.

Even if you don't bump over rough and smooth terrain on a mountain bike on the trails in the mountains, a shock absorber can't do any harm even on urban roads. When the shock absorbers compensate for the unevenness, the spine does not receive shocks from the ruts and bumps or while riding along short country lanes or perhaps cobblestones.

Simple and sensitive, adjustable brakes are a must in the city, you don't want to make a long scratch in the bumper of the car in front. The best systems use disc brakes, operated by hydraulic technology. Depending on the model and manufacturer, a classic cantilever brake is still often used, braking directly on the tyre and not on a brake disc.

With the e-city bike, it is really particularly important to have strong brakes because the additional weight and the higher speeds and power require a higher braking force to come to a stop.

The wheels of an electric city bike should be particularly robust and the tyres should have a light tread pattern. It doesn't have to be as pronounced as that of a mountain bike, but tyres that are too smooth slip quickly when the road surface is wet. It also makes life easier when dealing with tram rails for instance and you won't slip so quickly on the metal surface.

A medium-hard rubber for the tyres ensures good running properties and performance on asphalt and the solid ground of the city. The wheel size (together with the frame size) can be individually adjusted to the body size.

Some saddles are equipped with a damper in the saddle post. As with the shock absorbers on the wheels, this is once again good for the spine, especially on cobblestone surfaces and the like.

We've been talking about e-bikes and e-city bikes for some time now and haven't said a word about battery capacity and motor types. That must change.

400 Wh is a good benchmark as far as the battery capacity is concerned. Performance-wise, everything under that is a little bit wanting (depending of course on the distances ridden every day). Values above 400 Wh are more of a powerhouse. Since the battery of e-city bikes can usually be recharged every day anyway, the 400 Wh are sufficient. Many manufacturers also use 500 Wh batteries, which of course is by no means a bad thing.

The motor - most often from Bosch or Yamaha - can be mounted either at the front, the rear or in the middle, with the mid-mounted motors having established themselves. They provide better stability and are closer to the frame, which makes it easier to install the cables. The lowered centre of gravity stabilizes the bike and the mid-mounted engine can accommodate all types of gearshifts as well as the installation of a back pedal brake if desired.

Components of an electric city bike in overview

E-bike engine and battery: what drives our pedelecs

Our e-bikes are all equipped with motors and batteries from Bosch, Yamaha or other selected manufacturers. Anyone who thinks that an e-bike in the city bike version will be a leisurely ride through the city is wrong. The performance of the motors and batteries of the bicycles are outstanding and even medium distances can be mastered with a pedelec at sporting speed, even if the luggage carrier is loaded with full shopping bags.

For those who want it even faster - beyond 25 km/h - the best choice is an S-Pedelec. They differ from the usual e-bikes and pedelecs in that, in addition to your own pedal power, they still perform at over 25 km/h. This makes much higher speeds possible. The engine support also stops at 45 km/h, however, as this already corresponds to the performance of a scooter or moped.

The Highway Code: safely and legally on the road with the e-city bike

When it comes to legal compliance, there is one essential feature to consider with an e-bike: S-pedelecs are not allowed on cycle paths - they are prohibited by law. But that's not all, because for on normal roads you also need a licence for the S-Pedelecs.

The machines with well over 400 Watts may only be driven if you have a license plate, liability insurance, helmet and are a driver's license holder. There are big differences between the legal regulations of different countries like Germany, Austria and Switzerland. You should therefore get the necessary information in advance or make sure to buy an e-city bike that does without this extra power in order to save yourself lots of inconvenience.

Apropos law: Make sure that all reflectors and bicycle lamps are fully functional and certified. As a rule, e-city bikes already have all the safety measures required by road traffic regulations. As always, however, if a reflector should actually come loose or something similar, it can cost you a lot if you are checked.

Care advice etc: so that your bike-riding fun lasts as long as possible

Point no. 1 on the care advice list is battery care. As tempting and satisfying as a completely full battery charge indicator may be – it is in fact better not to have a full charge. For a long service life of your lithium-ion battery, the battery charge level is best between 30% and 70%. This means that the so-called deep discharge is extremely damaging for the battery as is also the full charge. So check the battery charge before every ride. After all, you don't usually go out with an almost empty cell phone battery, do you?

In winter, the battery should be kept indoors, warm and with a battery charge of about 70-80%, whereby short journeys in the cold are of course no problem. As a rule, you should take the battery back into your house or apartment after every journey.

A comprehensive bike check is recommended every year before and after the peak cycling season. If your e-city bike has not been used too much (such as an e-MTB off-road), an annual check before or after its “winter sleep” may be enough. In the workshop, your e-city bike will be checked for any signs of wear and made ready for the new season.

The e-city bike – a wolf in sheep’s clothing!

So you get the picture: an e-city bike should not be underestimated. The plain looks of the city bike, which has been discredited as being bland, are quickly forgotten. If you call up the additional power from the engine, there is a lot of torque on the rear wheel and you can get from A to B much faster and with far less effort. No other bike or car drives more dynamically, faster and sustainably through the city.